The Following lyrics are from Hall and Oates. the song, ‘Hello In There’ is by John Prine. 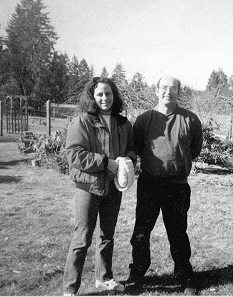 Today I needed them both, as I found some letters that revealed much that was unlikable from my own history. What’s new to that?  A dark update from Ireland.

I had to edit the opening page to remove my father’s picture and only wish I had my friend to talk to. Vallie was as close to a sister I would ever have, and as she had lost both of her brothers, I became one. Her unexpected death, many years ago  co-coincided to the month with my own medical crisis.

My family history research began in the late 1980’s. I was interested in genealogy research because I could find NOTHING on my families past, yet some of this research led to interesting discoveries. Some are dark and hard to accept. This is a given. Parents who had former spouses/lovers, infidelities, bastard children –  all are painful revelations and major frustrations to say the least. We, their spawn swim after  unanswered questions for decades, most often  getting no response to family queries or from ancestry quests.

Recently I came upon a few letters that cleared up a few things, but left me ajar.Turned out I was I bastard after all … at least as the church was concerned. My father would interpret the bastardy a lot farther – for a long, long time.

At my age all of my mothers siblings are dead and I have few other relatives to communicate with. Mostly because they they were all unforgiving German Catholics who viewed the cremation of my mothers remains as unforgivable. Same for her sister Rosie who couldn’t give a damn. I so wish I had gotten to know this aunt better.

“I feel like I could run away, looking at a darker day
Oh I’m pulling the shades away from my eyes
It’s true the moody manners come and go
And it’s better that you never know

Perhaps when my head is screwed on again I will edit these letters in an appropriate manner. Today is not the time. My fathers usage of ‘whore’ to my mother who supported him for much of his life and to his usage of the German equivalents of damn bastard or ‘Schweinhund’ (very vile usage) to me remains unforgivable, as were his violent rages.

FORGIVENESS was something that even my High School counselors insisted I try. I finally found forgiveness in beating the crap out of him the last time he attacked me.** I was 17 and had spent two years at the Oakland YMCA  upgrading my body. I held near every local record for physical tests.

That was nothing compared to what I had learned from living in Polack (Vancouver), Jewish ( N.J) and Black neighborhoods in Oakland. I  learned to fight dirty and tough, or to run faster. (Or as often, to adjust.) High hurdles indeed.

That explains my Track and Cross Country successes. I left home and never informed the school of my change of address. I was off to U.C.S.C. and my family no longer existed.

When I pass on I hope to see Vallie and Oma – not to think they would be waiting, but I suspect theirs will be the loving hands that reach out to me once again.

As we grow older we accelerate the pace of loosing friends. Something I have not been dealing with very well, esp. when one dies a week after emailing me. DAMN, at least it was quick! My own search for enlightenment begins here.

Reminder: We should be grateful for those who still care about us.The older we get, the greater the need to cherish the friends we have remaining.

I further suspect that these painful losses make one leery about making new friends. A sad confession on my part and the forgiveness issue remains a problem for me.

Do read my sad follow-up from Ireland. At least I didn’t end up in a damn Septic Tank.