Unlike Europe our Smart meters will not be able to ‘shop around’ for alternative power suppliers. A most interesting difference here. Interestingly though the rush to jump in is vastly different. “Nearly half of European United countries have decided against a large scale rollout of smart meters, calculating that the new technology can be poor value for money.”

Germany bucks the EU push for Smart Meters.  Too expensive, no payback in savings

As here however, EU households are being pressured into getting smart meters. No surprise. 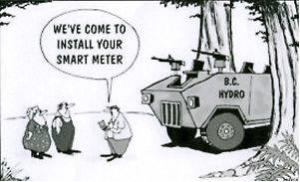 Complaints have been made that meters are being exchanged without giving the consumer a chance to opt out. Same here. Unlike here the regulator bodies of the EU insure that the OPT out plans are FREE, not so onerous that people are blackmailed into signing up.

In most EU countries the utilities have been reminded by the regulatory boards that smart meters are NOT obligatory and those doing so are in in breach of Unfair Trading Regulations. Seems they also have the power to launch criminal prosecutions against those that do.

In most of Europe “Smart meters are not compulsory and customers shouldn’t feel pressured to have one installed if they don’t want one.” This of course is changing as the pressure by the companies like EON grow.

Quite often the change is made when the OLD analog meter fails and the company simply sneaks in the new replacement, often justifying that the old meter is no longer available. Not true – also utilities like the PUD often trash the old meters working or not. They are not stored for future re-installation should the NEW develop issues.

Even sneakier they will also post misleading or false messages such as ““Your meter is being phased out. Please go online or call us to book your appointment… We need to install smart meters in all homes as part of a nationwide upgrade program.”      Be Green and do your part. 🙂

Without a doubt you will NOT be getting such a letter by the PUD, that smart meters are not compulsory or options how customers could freely opt out of having them installed. 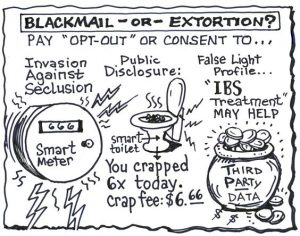 The European and the PUD argument is that smart meters are more accurate and will help the consumer lower their energy consumption. This however is based on many questionable studies by the industry itself and nowhere are the true costs of towers, repeaters, shorter meter lives and or health issues raised. Much less the hack ability or privacy concerns that these meters create.

ALL PUD customers deserve to have the right to have, to opt for a classic analog meter should they prefer one. That is what a PUBLIC OWNED utility should be doing – to communicate and be responsive to the public !!!

Edit: Today our wave internet provider crashed once again. There is a lesson here:

The issue of government (and the PUD is one) snooping and gathering Intel about our daily lives is a given. Often with our own blessing. That is one thing, I have opted out of most of those tech devises but this one will be done without my permission and the punitive cost to opt out is blackmail pure and simple. 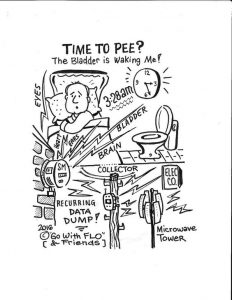 True privacy sadly is a game that the citizen has lost when we signed over on the political follow up of 9/11. Homeland security, airport body scanning, border walls and even financial reports by banks regarding our transactions all are done as matter of fact.

As I pointed out to the PUD, they (and WE) would be better off if they spent the money on existing infrastructure, and address the local energy consumption by offering low income vouchers to low income rate payers. They further need to improve the voltage surge issue that is resetting our appliances all the time and giving us mini brown outs. Substation improvements and new power suppliers should also be addressed so that our growing community has the needed power in the future. Instead they spend the money on an 8 million dollar overbuilt high glass monument few residents could get a permit to build. 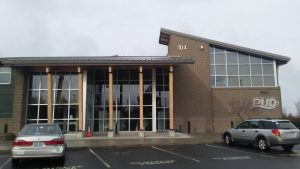 The smart meter is much like the probably outdated modem on your internet – it will become constipated as the available frequencies get saturated. Soon the smart meter 900 MHz area will be filled as well and no matter how many frequency channels you can jump there will always be future issues with RF transmissions.