WELCOME TO THIS REMEMBERING PLACE!

I have considerable data on the Senft line, but unfortunately not for my own. (This seems true for other researchers as well.) It is believed that the Senft’s originated in the Hohenbach area, but one son of the original settler did not stay there – this was fairly common. Most remained in and around Hohenbach /Padew, some moved into Galatia and others into what is now the Ukraine. One Senft family went to Galatia and according to the Schneider book, I must be connected to this line.

My grandfather was born in Tarnopol, Ukraine and before the revolution returned to the Bohemia region of Czechoslovakia. He married an elusive Josefa Morgenstern whose

family had been in that region for a 100 years. I have no pictures of either of them. The beauty shown here is my mother.

The region was in Kromerlice/Austria Hungary -1800’s. Their son, (my father) was born In Komotau, now Chomotov, Czech. After WW11 many Sudeten Germans were forced to return to Germany. Others remained in Czech and I continue to search for these ancestors. Good MAPS are certainly needed.

Links to Ancestors and Descendants of Ernst Senft and the maternal side of the Schinnagl and Schoenberger families are listed below.

Sadly I only knew one of my grandparents and her name was ‘OMA’, Maria nee Schinnagl – she and my Aunt Hanna raised me while I was an infant. This is picture of her with some of her girls including my mother. 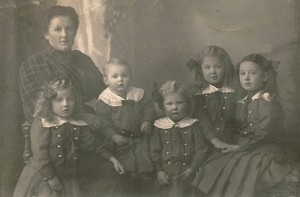 Josef Schinnagl in the priesthood was her brother. All the Schoenbergers and Schinnagl clan were deeply planted in the Innsbruck/Bad Aibling area of upper Bavaria and her brother became a priest in Munich. End of that genealogy! I will have to scan some pictures of her father Philipp Schoenberger who was born in picture beautiful Bad Aibling- 1880′s. Or should I be searching for Philipp SchÖnbergers? The umlaut may make a big difference on European searches! The Schinnagl could also be Schinagl. 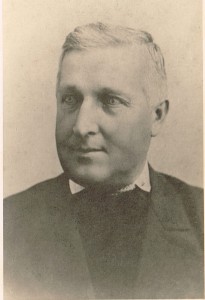 I invite you to visit my rock site and gardening pages. However, I see no progress after twenty some years with Ancestry.com So I will end this front page and make it into a Recipe site and political commentary.

I have always respected history and the travails that my parents and grandparents went through. My kids neglected these memories two decades ago, but recently suggested I provide it to them again. I hope “The cellar” brings back a memory to at least one of them.

My parents were children of the Depression and the recipes included will show that frugality. Food was very expensive in the currency of those times and half the nation was in Soup Lines. We now have an increasing percentage of the nation on food stamps. ** Most of the unemployed then gathered at Hobo Camps, now the homeless simply hide from the statistics. Please read my ending to ‘Smile.’ ** The 15% has grown to 20 percent since the last election.

The past has room in it for everyone. The present less so and as for the future, that becomes ever more questionable as one gets older.