The German surname of SENFT is generally referred to as an occupational name for a dealer in mustard, or a nickname for someone with a fiery temper. The name was derived from the Old German word SENEF, and rendered in ancient documents in the Latin form SINAPI. The name may also have applied to a spicer, which was an important occupation in the middle Ages. 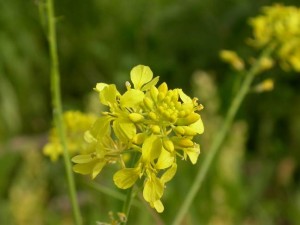 I must give this an edit as the following graph shown below will show. The word is SENF not SENFT, on the other hand I used to make handmade mustard like crazy. Brown mustard seed, Black mustard seed, different vinegars and ingredients. I personally loved my garlic mustard. In the middle ages it was considered quite a magical condiment.
Another variant refers to senfte as a German: nickname for a helpful or friendly person, from Middle High German senfte ‘soft’, ‘accommodating’. My own recollection is that SENFT was also a reference to having the final word – to put ones SENFT on something, much like a notary. You take your pick.

The nobles and wealthy churchmen spent considerable money on mustard, aniseed, cinnamon, caraway, coriander and pepper to enable the cooks to spice meat which tended to spoil quickly in the absence of modern refrigeration. Vinegared foods and fermented foods like sauerkraut would keep many a family alive.

Many of the modern family names throughout Europe reflect the profession or occupation of their forbears in the middle Ages and derive from the position held by their ancestors in the village, household or community in which they lived and worked. The addition of their profession to their birth name made it easier to identify individual tradesmen and craftsmen. Names like Bauer, Cooper, Scharschmidt, Becker, Zimmerman or Fischer. This site offers more on this subject.

As generations passed and families moved around, so the original identifying names developed into the corrupted but simpler versions by the addition of another letter, especially the needed vowels. Other spellings of the name include SEMPF, SENFF, SENIFT, SANIFT, SENFTEBER, SENFTEBEN, SANFTLEBEN, ZENFTMAN and ZENTMAN. After recovering the data from a yr. 2000 Family Tree Maker I found some 3,500 unrelated souls. In that Maternal list Schinnagl had Schinagl’s and Schoenberger’s became Schoenenbergers. Schoen was an even older name version.

Little known was how massive the number of immigrants was. Between 1850 and 1857 alone more than 4 million Germans arrived through the ports of Baltimore, Boston, New Orleans, New York and Philadelphia. Germans also settled in Texas, Mexico and Argentina. Many came from the Ukraine and Russia after relations there went south and the Dakota’s reminded them of their former home. Another article someday. Of course many Rhinelander’s and Hessian s were also recruited to serve in the Revolutionary war and latter would fight in the Indian wars, explaining the large populations in Ohio and Pennsylvania. This census map explains much. Slow loading!

In order to better fit in Germans transformed their names by dropping or adding a single letter – preferably a vowel.* Many re-spelt their names like one would trade in an old shoe. In one of my records one family changed their name with every generation. The SENFT became SENIFT and then Sanift. A great number of immigrants from Germany settled in Pennsylvania, the Dakota’s and Texas. World War 1 encouraged many Germans to Americanize their names in an effort to remove all doubt as to their patriotism. Some changed back, and with  World War II,   the name changing started all over again, although not so intensely. I never heard if the Senft name ever evolved in Texas, Mexico or Argentina.  Perhaps I should look for mostaza‘s 🙂

German farmers in the Dakota’s

As a footnote I must agree with the agricultural or manual occupations that many SENFT’S would take. Most were farmers and many are in the trades as was my father.  He was a master cabinet maker and I became a Nurseryman. Still agriculture and the following link will show the major professions that Senfts are involved in.

With that I put my mustardy SENFT on it!
*Just recently, a CZECH waiting behind me at the grocery checkout complemented me on having such a vowel free name. It made my day!

As a footnote my maternal line comes from the beautiful name of Morgenstern – meaning by all accounts ‘Morning Star’. Less noted is that it could also refer to a deadly weapon very widely used in this Bohemian (Mad Ludwig) region of Bavaria. My other maternal line comes from Schoenberger which by all accounts means ‘Beautiful Mountain’ which explains why I live on the Olympic Peninsula of WA. My mother always mused that it reminded her of her birthplace near Innsbruck Austria, Bad Aibling in Bavaria. Sadly she had only a few years left in this beautiful place.

Two further edits: My father Ernest Senft had two brothers, Willi and Pepp. Pepp is another nickname for Pepper. The name  comes from Middle English peper, piper, Middle Low German peper ‘pepper’, another occupational name for a spicer; alternatively, it may be a nickname for a small man (as if the size of a peppercorn) …  Mustard & Pepper, how funny is that!

Actually that nickname also became part of the European method of adopting or splicing names based upon either: