This might become one of the memoir chapters of my life. Perhaps everyone should post a personal history chapter of thoughts every day as well and update them later. I should have started with my emigration to Canada. Many sub links would start from there. 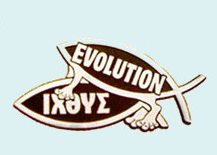 Religion
In Port Angeles, Clallam County WA., (Appalachia West)  too many ungodly people still spout off about God and salvation through Jesus. My community of Sequim is righteously endowed with churches (suggesting many sinners) and some of the first questions when meeting anyone is “what Church do you go to?” Responding … that the addressed person, is a practicing Druid seems to kill off further queries such as how many children do you have? … or are you married? Yes to one and no to the other. Even Sequimians can be heathens. Why I was called to move to this negative vortex of energy is something I question every day.

Until University, my upbringing provided no blueprint for interacting with ‘God.’ Somehow, I had an itchy feeling that he would not imprint his or her self into humans. As I saw it; the dolphin, whale, elephant or even octopi would do just as well.

My family background is German/Bavarian Catholic and things happened to them to make them forever avoid that faith. They attended no masses and there was never a spiritual book to be found. I was given free access to attend Presbyterian schools that had great coloring books and wonderful militaristic stories such as David and Goliath, Jericho etc. In New Jersey, my best friends were Jewish and I attended  ceremonies including Bar Mitzvah’s. Should a Gentile be allowed to participate in a Mitzvah? In my case, I was welcomed and accepted even though I was German.

Until University, my upbringing provided no blueprint for interacting with ‘God.’ Somehow, I had an itchy feeling that he would not imprint his or her self into humans. As I saw it; the dolphin, whale, elephant or even octopi would do just as well.

From my parents I learned decades later that I was born into a loveless but forced marriage as I had been conceived before a Catholic wedding. I was one of those ‘unholy children.’ A bastard. It left behind a furious father who would always remind me that I was a bastard and an abused mother who could never protect me. 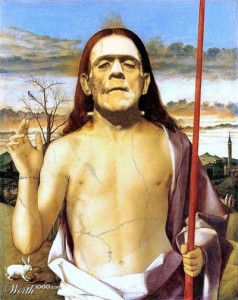 “God helps those who help themselves,” would be my dad’s motto. Don’t whine! Guess I never needed to talk to God until later in life. In between, there was no cursing him or the usual self-absorbed pleas for him to help me – (read selfishly above all others.) Even today, when accosted by the locust like Jehovites  or Mormons I respond to their proselytizing with a comment: “Nothing against Jesus, I just hate his followers.”

In my post-divorce months I would be visited time after time by these emotion sucking vampires until I finally put up a ‘fish sign’ with a diagonal slash through it. Jesusing and Godding on my own property was uncomfortable to me. I could not well put a finger through their eyes but I did do a few other things that made them avoid me. In my own defense they were very humorous set ups and may have made them rethink that they had the advantage over me. Those who speak to God, really do believe he’s listening and they think they have an edge on you. 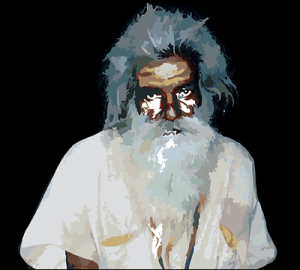 Some of my actions disabused them of that belief system. As for me, Nada messages from the above. Once in a while I would get clairvoyant dreams (with voices) that would floor me, but I still haven’t figured out if those were between me and the other person, or if God was acting as a Lily Tomlin at a spiritual phone company – always listening in and sometimes putting the wrong connecting jack into the phone circuit.

That is not to say that I didn’t try. As a teenager I went into a Christian church, sat in the pews and waited for enlightenment that would never come, but the collection plate always did. I plunked in two quarters and the usher noticed and admonished me for being so un-gifting. “You are right,” I reached in, retrieved the quarters and left.

As an adult I had been pressured by a Catholic friend** of my mother to attend church. “You certainly can make time to go to an Easter service once in your life.” Jews and Catholics are great at guilting. That Sunday I woke up and was not prepared to go to a morning service. Hey, they had an 11:00 service as well. I got spruced up (put on some good clothes) and raced into Port Angeles. Pulled into the parking lot and raced in.

Once seated I began to notice that things had changed a lot. A LOT! There was no Latin liturgy and guitars were present. Non-the-less, I sang along lustily. When young ministrants began to preach I knew that something was dreadfully young.

“OH MY GOD, I am in the wrong church.” The man next to me laid his hand on my shoulder and said “Son, there is no wrong church.” I stayed, prayed and sung my way through the service. The minister would later single me out as we left and complimented me on my enthusiasm.

At this point, I was so befuddled I just wanted to exit the world, certainly P.A. I hopped in my truck determined to drive as far East as I could. Somehow, I ended up on a beach that had oysters, so I proceeded to harvest them. 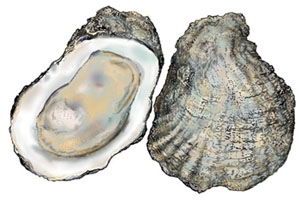 Bucket rich, I returned to P.A. and dropped my findings to my friends. Wayne and I would let them slither down raw with a bit of sauce and that was my best Easter Sunday ever. His wife Lee** was not as impressed. As I saw it, I had put my actions in the hands of Jesus and he had led me to Oyster heaven. Lee did not agree and said that I had still not seen the light and that I should seek a confessional rather than dipping sauce.

With that tweeky comment I must reflect on a later punishment. My eldest daughter would be married by a Moses looking Armenian Orthodox priest. Again, I had worn my best, but my shoes were Goodwill bought and were tight and painful. Little did I know that one STOOD for the entire ceremony and that there would be much singing in Armenian. The aftermath was much more pleasant, with much drinking. dancing and conversation.

I came to love this priest and it turned out he was best friends of a couple I knew well in Santa Cruz. My daughter’s pediatrician was his best friend and though he had passed on I mentioned to his wife that this gray beard had the youngest of hearts. She replied, “YES, you didn’t know but he had a heart transplant of someone we knew and that he would routinely walk her creek in his underwear and nothing else.”

If I were in San Diego I would follow that new avenue and gratefully attend his church.

Spiritual journeys cannot be plotted on a road map or by GPS. My planting in Clallam County WA. may well be penance for things left undone. Sequim is my hair shirt and laying upon my couch I sing both lamentations and praises. I may still be a heathen but I have become a lazy one and still have faith in a re-birthing to another world, another time. 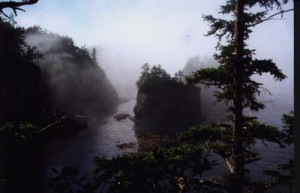 FYI – I did spend some weeks in a Monastery when I was younger. I would love to find and perhaps buy a used one that I could edit into my more lazy life style. Medieval is okay. Price does remain a factor.
Now this “slightly used” eBay listing is more to my liking. An entire village! Sadly, my “Buy it now” limitation is shy of that sum. Donations or Co-op arrangements would be welcome.