This picture basically shows the ancestor tree of my Schoenberger line.  I am sad to say that after 15 years NO further information came to light on any of my ancestors. I do however suggest that the rest of you do not give up and I happen to have information about 3500 unrelated Schoenberger, Schinnagl, Senft, Morgenstern and other derivatives of those names. Example being Schonenberger and Schinagl. Small changes indeed but I suspect that “Schoen” may have been an earlier name.

What I wonder about is that the real name would have been SchÖnberger, the oe being a replacement for the umlauted ‘O.’ 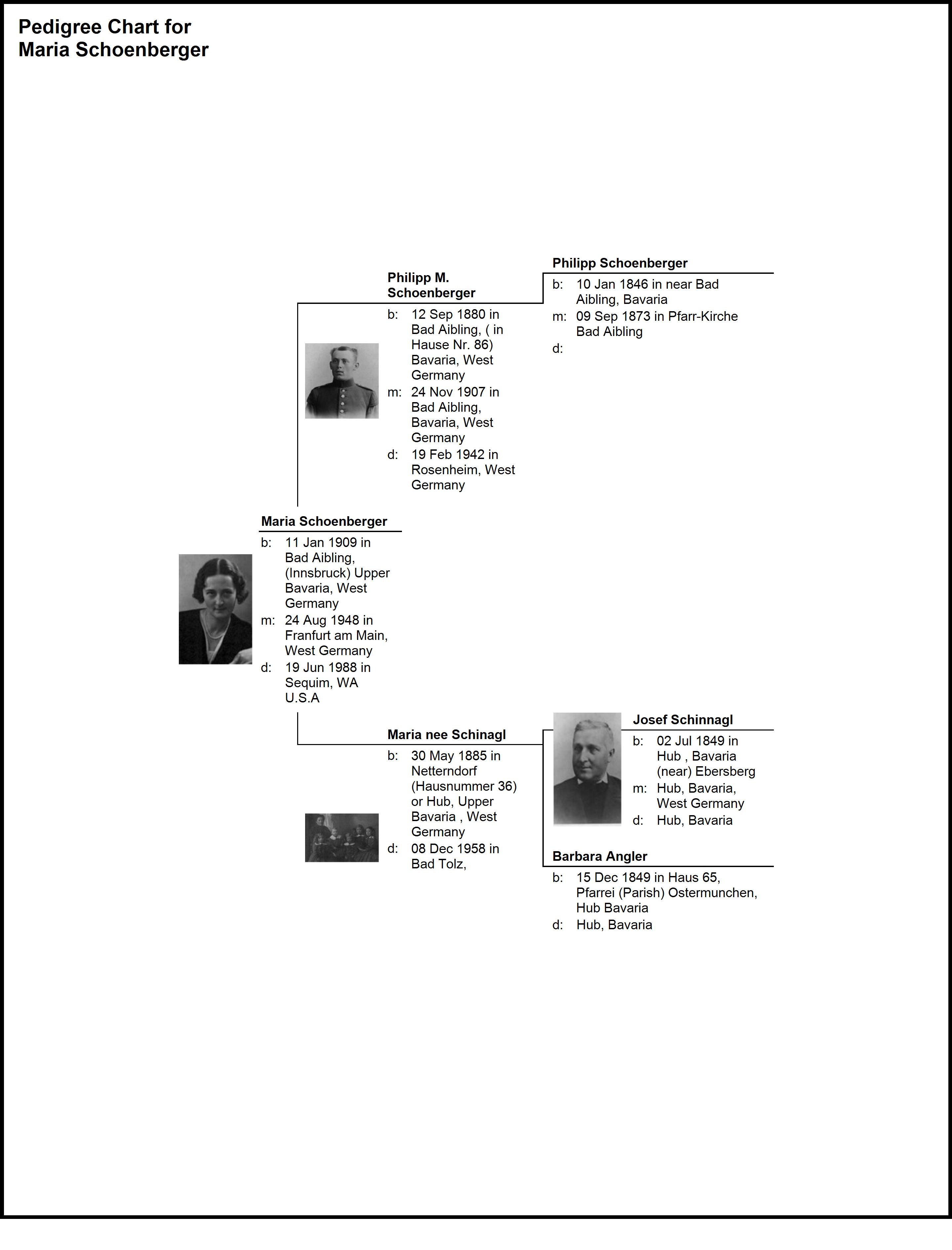