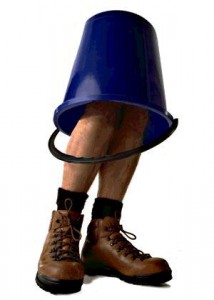 Vegetables are a healthy part of a human diet.  I would like to keep that delusion. While in the veggie dept at Wall Mart I noticed this old guy de husking all the corn and putting the husks back in the bin. HUH! I accosted him for this and he became incensed.

He replied,  ‘Everyone does it!’ Every where. I can see pealing the tops back to see if they are ripe, but even at Sunny farms I remember a sign requesting people not to disrobe the corn. Hell this guy was raping the corn bin, not just undressing them. I asked a friend and then called both Safeway and Wall Mart.  Is this a common practice? I think it’s rude.

Both stores acknowledged that it was a given, but when they put out a garbage bin for the refuse it would be kicked over creating an ever bigger mess. The answer was for employees to keep cleaning up the bin. I asked, wouldn’t the guy also leave an unripe cob and trash it. As I see it, that would be theft.

I guess I am just pissed off at trying to find healthy vegetables and fruits in optimal condition and having no-brainers pawing all over them.  Peaches, Papayas, Avocados are all handled and pinched. As a customer I have to deal with produce that may have cold germs or the flu. Throw in bacteria from the colon. One cannot easily wash a Peach clean.

Many stores hire mystery shoppers to rate or evaluate their staff. I think they have it backwards… they should hire ‘terminators’ to castigate rude shoppers that the staff cannot say a negative word too. Something here is really wrong!

Employees at grocery stores agree, saying their biggest complaint was in the vegetable section, where some shoppers ruin products, throw garbage on the floor and leave unwanted products in the bins or elsewhere. One comment:  “Shoppers, especially old men and women, can be very difficult. They remove the withered leaves and take only the hearts of Chinese cabbage.” As with the corn by peeling off the outer layers of a cabbage it weighs less.”

I consider this as robbery as well as hygiene terrorism. I do NOT need these viruses, staph or other stool related bacterium’s from idiots handling produce after not washing their hands. I  am also so sorry for the store employee’s who have to deal with corporate policy – “The customer is always right.”

A nice comment was made on the FSM site.

“I would never purchase corn or any other locally-grow able produce at Whale Mart or any other supermarket. There are farmers’ markets in several of the local towns and in the city where I work, and numerous roadside farm stands where I can purchase stuff that I know is fresh and has not been sneezed on by Typhoid Mary, Ebola Larry, or anyone else. That corn at Whale Mart is probably three days or more off the stalk, half the sugar (if not more) has already turned to starch. The corn I get at the Pink Barn is grown less than half a mile from my house, and generally picked less than half an hour before I cook it. Five bucks a dozen. Can’t beat that.”