Most Medicine Wheels or Prayer Gardens represent the element of the circle. The circle represents the world and encloses everything within. The circle is divided into four quarters according to the compass. Each quarter has it’s own powers, colors and symbols. These vary from tribe to tribe, but are often interpreted as:

North (Earth:white for winter)
South (Fire: red for passion -time of fertility)
East (yellow -Air-Spring and where the LIGHT begins)
West (black – Water-ending of the day).

I tried to indicate the usage of rocks to represent an outer border and an inner circle. The four larger rocks represent the primary anchors of N,S,E and West.

As a Nurseryman I found those color combinations uncomfortable but since I was using an earlier template made by Jan Butler of P.A. I continued with the idea, but added the 12 astrological divisions shown next. Another alternative would change the West to
Blue representing Water – emotions.
Green representing Earth – wisdom gathered.

Had I to do it over again I would use those colors.
The three rocks between represent the divisions I made to represent the astrological signs be they of Western or Native American traditions. Into those I placed rocks of my closest friends (chosen by time. The outcome was interesting and dispelled some of my skepticism about astrology. More on that later.
The four  dark lines represent pathways that I put down with bark to get to the inner circle. The Eastward path is where one enters from..
The color divisions are the crossed lines.
My own interpretation had the addition of a smaller inner circle in which where I placed the rocks of my parents or other friends who had finished walking the outer circle. The number of these rocks would grow as  I grew older – and the rocks in the outer circle grew ever smaller.

The outer quadrants were planted with low perennials and ground covers that had the colors I wished to represent the four seasons.
As the West (fall) leads into winter I chose the darker colors of fall, red’s and even black to represent closure.
North is usually white, because winter comes from here. It is a cleansing color and has the power to heal. As we grow older our hair turns white as we come to our own time of winter.
East is the color of spring and the first beginnings of buds swelling, it has the power to bring forth life. Green or Yellow to represent the coming of light with the morning sun.
South is the summer and brings with the strong sun, warmth and the the passionate power to grow and propagate.

I feel that we all begin in the Sign we were born and move with the seasons to the next — winter to spring and so on, until we leave that circle and travel to the circle within. Into each quadrant my friends placed their own rock to celebrate our connected journeys.

The Four directions points should be marked using a compass to find exact North. It is not where you might expect it.
You will also need to determine how large your own medicine wheel will be and this will be determined by the size of your lot
or perhaps the number of friends you have made and still can put up with you.
You might also consider some options or other considerations.
Some may opt to build a small fire pit in the very center. 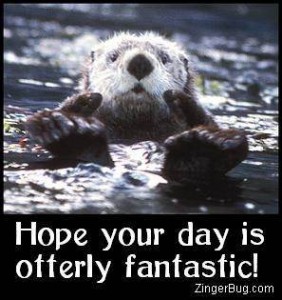