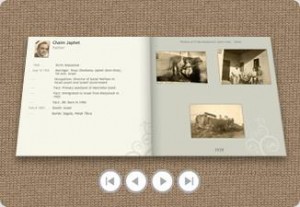 On another site I found this link on literacy.”A young boy asks his dad to read to him. When he says no, what happens next spells out why everyone should take time to read together.

This was a pretty depressing video until the very end. Ten minutes a day or night are a MUCH needed giving and some REAL Books for Christmas might be a beginning. Don’t know the statistics but I think Finland, Norway and GREENLAND have the highest literacy rates in the world.  All  young parents, should watch this or regret later

WHAT HAPPENED?
Shakespeare, Lord Byron, Yeats, Kipling, Tolkien, James Joyce etc. In America we had Hemingway, Pearl S. Buck, Steinbeck, Samuel Clemens and a forgotten expatriate named Lafcadio Hearn.  OMG. when I did a search on him, my own page came up first. Sadly I only own five of his books and they are hard to find.

Now regarding James Joyce, 10 minutes might get you through a few paragraphs but the idea to READ and STORY TELLING is great. I failed on that book!

Support your local bookstores, not the box stores or Internet ones. Get into a relationship with the owners and staff and they will give you great ideas for books for your significant other, kids or grand kids. Screw the Kindles, BUY BOOKS!
BTW I used to read Kafka and many of the German and Russian novelists to my kids. One small ad plug might be for an American cartoonist/poet by the name of Shel Silverstein. Some of his books were GREAT.

“Mama I lost my head” are some of the tales I read to my kids.
I also loved one ‘old folk singer” Tom Lehrer, “Bright College Days” “Sliding down the razor blade of life.”

Yah, from Kafka to such tunes, my kids learned literacy. BTW, I sat in on some of Tom Lehrer’s classes. Sadly, by that time he had become serious.

Edit: I had wanted to post this on a local internet news site, but could not find the connect. I did finally post it on a good article on Holidays and Memories last a lifetime.

Do your own local search for good book stores and nourish them with your patronage.