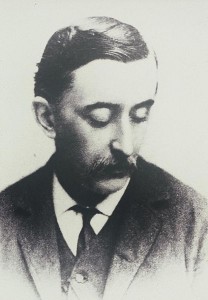 “Lafcadio Hearn is almost as Japanese as haiku. Both are an art dorm, an institution in Japan. Haiku is indigenous to the nation; Hearn became a Japanese citizen and married a Japanese, taking the name Yakumo Koizumi. His flight from Western materialism brought him to Japan in 1890. His search for beauty and tranquility, for pleasing customs and lasting values, kept him there the rest of his life, a confirmed Japanophile. He became the great interpreter of things Japanese to the West. His keen intellect, poetic imagination and wonderful clear style permitted him to penetrate to the very essence of things Japanese.” 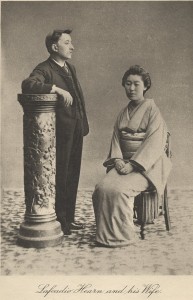 Lafcadio Hearn was the most gifted and interesting writer on Japan during its emergence into the modern world. He spent the last fourteen years of his life there, married a Japanese woman, (samurai) took Japanese citizenship and adopted a Japanese name.” He fell out of fashion during the 1930’s and 1940’s when the popular image of Japan was almost universally hostile. His works were never resurrected and mostly forgotten.

I always thought my Czech, German, Russian ancestry was interesting, but Lafcadio was fascinating. His father was an Irishman who while doing duty in the Ionian Islands of Greece, married the daughter of one of the local nobles. The half Irish, half-Greek child was born in 1850 and the ‘Lafcadio’ was for the Greek island of Lafcadio (Levkas).

His Greek orthodox mother brought him to Dublin and he did not fit in with the Anglo-Irish Hearns. Victorian images of Hell … burning … for ever and ever affected the child not just because of the terror of it but because of its oppression of beauty. He had found a book on the Greek gods and goddesses, fauns, nymphs and satyrs. It would be removed from him and his education would resume in the hands of Jesuits where he was treated accordingly. 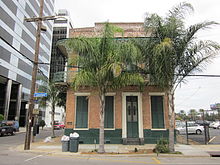 His home in Cleveland that is a historical monument.

At the age of 19 he slipped across the Atlantic and wound up in Cincinnati Ohio, just after the Civil War. He slept in the streets and wrote articles and slowly became a writer and then a reporter on the Cincinnati Enquirer. After a  failed common-law marriage with a mulatto he went south, and decided the warmth of the South might be what he needed.

New Orleans fit him like a glove. He steeped himself in the Creole language, culture and superstitions. Later while in Philadelphia it was suggested that he should go to Japan. Japan had already been opened up and one of men he most admired was Percival Lowell who had gone to Japan in 1883 to learn the language. In Tokyo, Lowell studied for ten years and wrote three books about the Far East. Lowell’s’ book ‘The Soul and culture of the Far East, impressed Hearn profoundly and he would become a willing devotee of that culture.

Hearn came to Japan in 1890 and died there in 1904. His depth and shear volume of writings was astounding. Hearn was happy. Until 1891 he lived and taught in Matsue, a little breakwater town on the west coast. Old Japan. In 1891 he would marry a Japanese girl, Kotumi Setsuku and they would be blessed with a first-born son, Kazuo.

From Matsue he would move to the southern island of Kyushu where he would teach English in a larger town than Matsue. In the end he obtained a job with the Kobe Chronicle, an English language newspaper. 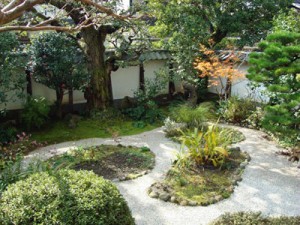 Complications of family and property rights, which his Japanese family would lose should they adopt his British citizenship became a major problem. So in 1895, he adopted his wife’s family name, Koizume and took Japanese citizenship.

Despite being bewitched by Japanese life and religion, he never really could master the language properly. Many of his stories relied upon literary inspiration rather than proper translation.

After thirteen years of working for Japan, in 1903 an unseen penalty and unseemly blow would catch up to him. Because he was now a Japanese national, when his contract with the University came up for renewal, he was to be paid at half rate. Bitter and angry, he quit.

‘He would be offered other jobs and the University of London asked him to give lectures on the civilization of Japan. By then Japan, was at war with Russia, his students going to war came to bid their sensei goodbye. Three weeks later he would be dead.’

Japan defeated Russia and showed the West a new face. Later they would prove that point to the Western Powers. Japan was a new power to be reckoned with. The Japan of Lafcadio Hearn was forgotten except on paper and in the memories of a few.

Books written by Hearn on Japanese subjects and I happen to own five of them. Wish I had the rest!