“Attention pot smokers. In Jerusalem u can get stoned for free.”

Now this quote on a Yahoo forum really had me puzzled. Are they referring to the tensions in Jerusalem where Israelis continue to expatriate homes from the Arabs … or was it reference to their attitude to “POT.”

Considering a recent El AL flight in which Orthodox Jews refused to sit down next to WOMEN, I could not believe that Israel would be so lenient towards marijuana. I doubt that the devout ISIS members would feel differently and only wish they had been on the same flight with these other Abrahamistic women hating males. 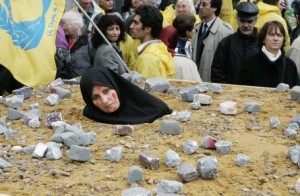 Turns out that they opted out of sitting down, but stood in the Isles praying and chanting during the entire flight. Aside from getting to the bathroom or expecting a clear road to emergency exits, El Al allowed this bullying and safety issue.

Being “stoned” in Western cultures is a reference to a  state of mind which occurs after smoking enough marijuana to the point where the user stares blankly into whatever catches his/her attention. Reality by damned. Exhaustion can create a similar state of mind.
“I’m was so stoned I didn’t notice the movie was in French.” In my own case dealing with a defective trenching machine I collapsed on the couch and watched my second football game … and promptly zonked out.

Some Rabbi’s are strongly against its use.  I believe this quote sums up that position and to some degree my own. “It is obviously forbidden to smoke marijuana, as this violates many basic laws of our Torah. First of all, it physically injures the person. Even if there are people who are not physically affected by this, it mentally affects the person as it destroys his mind, and prevents him from understanding things properly.

Back to Political Reality, it‘s not just Colorado and Washington: The world is abandoning the US-backed drug war in favor of a more liberal approach to cannabis. Mind you contributions by the sellers of this stuff to political candidates helps as well. Need I add the slobbering  tax revenues to cash strapped states.

What did surprise me was that Israel has long been at the forefront of cannabis research for the last 30 years, it has also been on the leading edge of countries that legally dispense medical cannabis.  Considering some of the medical pill alternatives for chronic pain and aging I suspect that marijuana is far safer than what Bayer or Pfitzer have to offer. 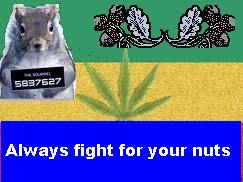 and never forget that ‘stoning’ in the Middle East is a different context entire. My rock page article began this: