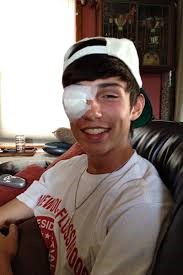 I and many others are struggling to end the manic firework abuses in Clallam County. Nothing works.Why should the city ban fireworks?

Fireworks, Mayor Boomberg and injuries. I strongly recommend you read. Cheap thrills and head for the hills.

Truncated presentation to the city planners on fireworks.

Fireworks and their dangers

Oh well … years have passed and it just gets worse. I sent my friend this make believe diary … but it does reflect how I feel.

“It’s post July 4th again, and I have been in recovery mode even a week later. Sleep deprivation and anxiety meds have not helped. Dr. Fuse at the psych ward told me that I wasn’t manic, I was just overly sensitive to noise, fire and explosions I was put on anti-depressants and anti-anxiety pills. Now I worry about the costs of those things. I plan to be speaking to the City Council and presenting them a bill for these conditions, even though I am depressed and certainly not hyperactive.

And if I really were hypomanic (fireworks manic) or just plain manic I wouldn’t know it. My near featherless parrots are in the same state but don’t know it.

Next Tuesday I may make a public embarrassment of myself, blather in public about sleep derivation, my sex life, love of parrots and will possibly will blow my chances for S.S. disability and or to get SNAP benefits by threatening to kill City Council Members or County Commissioners. (I’ve since apologized, hopefully it isn’t too little too late).

Even my friends think I AM sitting on a powder keg. Med’s should wear off in a few weeks and I will review what I did in that period of time. Can a 60+ yr. old suddenly get Bipolar Disorder?

Thank you for representing the rest on us who want to ban all fireworks entirely in & around Port Angeles except for the annual display on the waterfront. If people must, there is the spit that takes it away from the neighborhoods although it will still pollute & effect the birds & animals who live out there. As result of the fireworks this year our beloved 18 year old Lab Molly had a massive stroke at 4 pm (crying & pleading with the neighbors to stop didn’t help; although they did stop for 1/2 hr). She died a couple weeks later after several more seizures. Their fireworks debris was all over our yard, & there is still a part of one hanging on the telephone line in our front yard. Too bad the animals don’t have a voice. These inconsiderate fireworks lovers don’t even care about their own pets.

Thank you Linda,
I so empathize. Yet I have been appalled at some of the responses to the local paper, not just on Fireworks but on the two bridges that are becoming prime suicide venues. Some of those comments just floored me.
1. http://peninsuladailynews.com/article/20141204/news/312049983/port-angeles-city-council-urged-to-limit-or-ban-fireworks-proposal
2. http://peninsuladailynews.com/article/20141201/news/312019990/port-angeles-city-council-hesitates-on-funding-suicide-prevention

So strange to be labeled n the PA paper as a racist (applied to Native Americans) when I have had a long respectful history with at least two local tribes. Have three daughters and shares her life with an Apache/Italian

I just love this daughter in law. My other daughter married a wonderful Filipino and I saw much in him the first time I laid eyes on him. Their grandson is now of ‘mixed race’ and may have picked up the best from both. The last daughter (and this would be a LONG) story married an Armenian and had to join the the faith. It was a ceremony I will never forget! Turns out that this Father was the best friend of the Armenian pediatrician who took care of her when she was young.

That local couple were some of my dearest friends in Santa Cruz, and until we got drunk together in the celebration I had no clue that this Jehova  bearded Father knew them at all. When I related my experience to my friend in Santa Cruz, I mentioned what a young heart this man had. She replied … “You know he had a heart transplant from a twenty some year old.” Sorta explains why this spiritual man could be seen traipsing up her creek just in his underwear. I suspect that he has retired by now, but remains one of the few Priests/Fathers I ever came to respect.

My County and city officials have it….??? Yup, I’m sane but the rest of the world (my county) is in Bubba land.
“Talk to your legislator.” Translated. Don’t bother us … and let us pass the buck. Works all the time.”  and so it goes.