Britain: The Conservatives of that country have been split into europhile and europhobe hating factions for decades. What I find laughable is that the Scots and their more liberal agenda were always more friendly to the EU. Had they seceded, it would have given Britain and this Prime Minister the majority votes to leave.

Yet part of that secession agenda was that an Independent Scotland would not be allowed to join the EU. The influence of the US and the media (and lies by Cameron) made a mockery of this issue. Now the “High Court” of Spain has disemboweled a vote for Catalonia to secede.

Hey, Texas might be next if things like that were to be allowed. Now I totally agree that there would be issues, such as independent currencies, sharing the national debt costs, military bases and even things like passports.

That said, Texas or Catalonia could probably survive such a sundering, so could have Scotland. I personally would like the entire West Coast to secede from the entrenched eastern based power block of the US. Hell, Alaska, B.C. WA. OR and Northern CA would be a power house! Pacific-Rimica  😛

Politics is much like sausages. You prefer not knowing the contents or what went into it. (H.S.) I wrote this addendum to a rocky comment I made on my sweetgeodes site.  Out door belling I now go!

As a lapsed Democrat I have few doors left to open.  An electorate that only votes with a 50 percent national turnout is NOT a country that purports to be run by the best and brightest. Try door belling and you will find that most people don’t like any of the choices offered and be it local or national we face the option choice between the “lesser of two evils.”

With new election laws this has become worse every year. WHAT ELECTIONS?  We have long ago given up the idea about being given a choice from among our best, rather than our worst. Furthermore, why are we allowing the Democrats and Republicans to restrict the other parties from serious consideration? The Irish and Australians have far more ‘Democratic’ solutions to their elections – perhaps we should try them on. 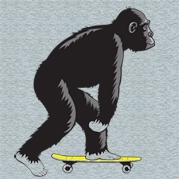 98 percent me and likely looking to score.