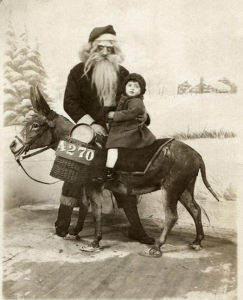 Considering that picture I sent of a Santa who would certainly be hauling coal in his sacks in equal proportion to gifts I reminisced.

In posting I even considered that gift bags selling anthracite coal would be a marketable gimmick. I then realized that most people now a day don’t even have a familiarity with coal. As would I with the peat or dung fires of other cultures.

I DO, still remember the coal furnace in Jersey and PA. and I always delighted pawing through the lumps to find plant fossils – saving those and not chucking them into the furnace. It was of course fed by drop down chutes to the basement below.

So many things have changed. I still fondly remember the traveling ice cream vendor with his welcoming siren song – to the peddling (HORSE drawn in Vancouver 50’s) guy who bought up the scrap aluminum and copper that we kids would recycle into Ice Cream treats. 🙂

More memories.
Another related story given to me by a friend:

I lived near Newark, New Jersey back in the 1950s.  A friend lived in Brooklyn. When as most bored kids did, we made opportunity out of the strangest things. “My friends, brothers Chuck and Huck (true naming) would watch the coal man come and open shoots in the truck to let a hundred pounds of coal fall into wooden barrels. Then he would roll the barrels on their edge to a long V shaped chute that entered the basement of the brown stone. He’d tip the barrel onto the top and the coal would slide down into the boiler room right in front of the boiler. There would be a big pile there.

It was my job to keep the furnace stocked for the apartment complex my Dad kept in shape.

Now about once a week he would shovel out the cinders of the spent coal into barrels and set the barrels on the street for pick up. I was responsible for setting out the some 20 garbage cans from the tenants as well.

“One day someone unmentioned decided to play “coal man” so they rolled the cinder filled barrels to the steps that lead down to the basement of the brown stone next door to the one we lived in and poured the ash down the steps.
The old woman who was in charge of the building came out on the steps above and screamed at the miscreants who promptly thought it best to vanish.”

“I still remember her singular black dress, black lace up shoes with about a 2 inch big square heel, and white bun pulled back into a bun. Like something out of Spain or the mountains of Sicily. Women like that you  learned to stay away from. Women in those days also wore hideous amounts of perfume such as lavender and lily of the valley. AARGH.” 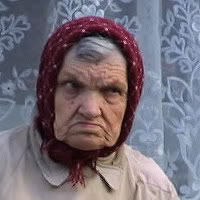 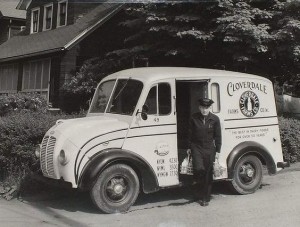 Sadly my children will never remember the pedal powered and push cart ice cream vendors or the scrap metal gleaners that allowed us to get that extra treat.
We had Dairy companies like Bordon that would deliver and the bottles were washed and returned.

I will always remember that coal bin in the basement, and the apartments had boilers for hot water and steam heating with cast iron registers in the rooms.

A generation earlier we had coal heat with forced air for heating. To the first floor, anyway.  🙂 The second floor got its heat from ceiling registers on the first floor going to floor registers on the second.
They were disconnected and abandoned of course, by the time I came along, but I remember the capped off pipes for the gas lighting, too.
I also recall the brick and cobblestone streets, some still had trolley tracks in the middle. In Vancouver the asphalt was not as permanent then as it is today. HEAT spells in Vancouver would always get the streets sticky and we of course had to play with that.
Originally they were horse drawn trolleys. Later they converted to overhead electrical. 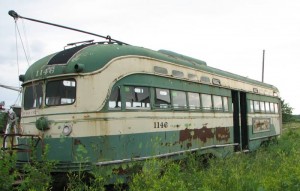 If you lived on the East Coast or East of the Mississippi, until Dutch Elm Disease hit, there were Elm trees over 100 years old on both sides. The tree tops met in the middle and in the summer, throughout the city you could not see the sky. It was like going through a green tunnel.

Vancouver’s Chestnut trees were like that as well. They also provided great fall ammunition for the kids with their spikey seed pods.

No airline travel for most, but passenger trains stopped at the train station and most cities had a Greyhound depot in town, all now long gone.

The local Oakland YMCA had rooms to rent (I actually rented one, when I was 17 and had left home. Some Y’s even had .22 rifle and pistol ranges in the basement. The gyms were an equal draw and became a daily visit for me.

Back then, we had the “big boy” national department stores: Sears (Simpson Sears in Vancouver), Monkey Ward’s, Hudson Bay,  W.T. Grants, J.C. Penny, and Kresge (before they became Kmart) Catalogs arrivals were huge!

Schools could be as violent a place as they are now and young kids always have gangs. Speaking of nasties, I was pretty wild in Vancouver, came from having to survive in a Polish neighborhood. Gangs were a neighborhood tradition and one of the worst weapons we came up with were woven Frisbee’s of used hacksaw blades. Gathering them up at the junk yard we happily wove them together as a square mat and threw them at each other.

Cowboy and Indian play was less played in Vancouver. There was an equal amount of Knights fighting with picket fence swords and garbage can lids stolen from the neighbors yard and their tidy fences.
The other great weapon of mutual destruction and affordable means were slingshots. These were easily made and electric wire staples were  the ammo of final resolution. Course this was way before commercial lawn darts and other implements of achieving mayhem. 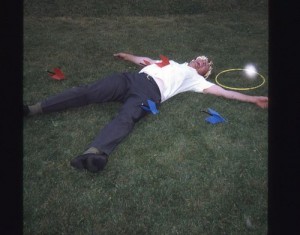 In retrospect I do remember many injuries to my face and eyes. Throwing such frisbee’s did mean you get wacked every now and then – also someone threw powdered bleach into my eyes. No wonder I have shitty eyesight.

Needless to say, the teachers and principles of that day did not enjoy having marbles and staples being shot around and if caught we were strapped. Red rubber and black rubber straps hanging out of each back pocket. I forget which was the more painful, but if you dared whine about getting stropped at school you got it again from your Dad – for being stupid enough to be caught. No molly coddling by teachers or the “you are special” type behavior from the instructors of today.

I also remember a few bombings of toilets in school and the violence between the races in Oakland in the mid 60’s.
Bruno, one of our swimmers once came to the defense of another when attacked by some blacks. Ripping out an oak Bannister support he broke a few bones and got some of the administration upset. Oakland Tech suspended him and I managed to migrate to a safer school in San Lorenzo. I  hope Bruno got a life extension, by not getting drafted into Vietnam but he was the kind they were looking for. 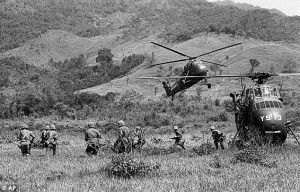 Perhaps I will yet find out when my 50th. High School graduation takes place next year. The Sixties certainly were a most interesting time to grow up in.