TINA AND THE SEAGULL

I struggle with birds, crows especially but a recent seagull near miss with my beautiful truck car reminded me of one of my many miss-stumbles in life.  And such accidents do sometimes have tree-soaring consequences!  Tina was a friend of mine, who helped construct a medicine wheel garden. She had the most beautiful hair.

A seagull flew overhead and relieved itself. Not on my bald head mind you but on hers. I couldn’t help but to break out in laughter. The look she gave me could have killed and  mother Eleanor also did not appreciate my hoot like commentary. 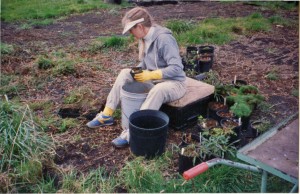 A seagull flew overhead and relieved itself. Not on my bald head mind you but on hers. I couldn’t help but to break out in laughter. The look she gave me could have killed and  mother Eleanor also did not appreciate my hoot like commentary.

In my defense it could have been MUCH worse. At the same property I was privy to be watching the soaring of an Eagle above. It was so beautiful. Then it pooped. The vertical lift gained from that weight loss was breath taking. That movement lends itself to much commentary, I would think. I have so many eagle stories, someday I will gather them together. 2013 edit: So strange that I ended up moving across from a raptor center.

As penance, I wrote a poem to Tina’s hair. It was accepted. A few days ago I found a picture of her. Today it is off to the photo place to get it digitized. Her Mom gave me a framed picture. It is of her and it is in my living room ever watching me, and I know she is too.

BIRDS OF THE AIR

Eagles are quite common in the Dungeness area and it seems that I cannot get away from them. The following picture was in a former home and there is a story to it. 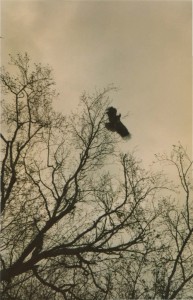 This picture was taken after a courting event that hits close to home. Eagles have exquisite courtship rituals and sometimes they come to naught. The male tends to perform aerial loops before the female perched in her tree. She is appreciate and signals for more. Eagles chirp/talk a lot. This time the male was quite proud of his performance and came in for a landing just above the female.

The branch broke, and both it and the male landed on the female below. She took off and so did the male –in opposite directions. By then I got out my camera and waited. Only one eagle returned. Was it the male, or the female, returning to give him another chance? It certainly was not a seven eagle day! I can relate to that event –example.

This old moose, once sat next to this beautiful gal from Newfoundland. It was at an American Rock Garden symposium. I made small talk, and finding out where she was from I gallantly added some Newfie comments. Jeesh what do you grow, ice flows, moss and primroses? Just then my friend John edited my brilliant commentary, by kicking me in the shin. Sharply, I might add.
In the next moment the Creator chimed in — The speaker announced his great privilege in welcoming the curator of the Newfoundland Botanical Gardens. I felt much as the following creature I found in my garden. What am I?
Today, “IT” and I live right across from the raptor center and I listen to their talk all the time. I also work in the Dungeness area and this garden is right across from an eagle’s nest. It is quite a show, esp. when they court!

Footnote: Eagles are not the bravest or most noblest of birds. On the same Meadow brook home I witnessed an amazing attack.

Near the same tree an eagle swooped down to snatch some baby geese. The mother launched herself upwards from a dead start and put her body smack into the Eagle. It was major CRUNCH time. Both were of equal size, but her body weight was much greater. The mother won and the eagle flew off in a crooked and puzzled daze. 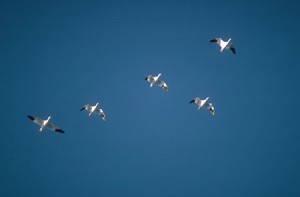 Eagles are VERY territorial and will chase of intruders at every opportunity. Near the same home I watched two red tailed hawks doing the same. Suddenly one made a 180 degree turn and sped off. The other was smashed by a diving EAGLE who decided NO hawks were better than one. Our eagle population has stayed stable, but our other raptors seem to have disappeared. Same for many of the birds I used to see. Perhaps driven off by intrusive species such as the  mourning dove.   Since the early 200o’s this bird has become prevalent in the Sequim area, while birds such as Flickers, Thrushes, Wax Wings and Grosbeaks have declined.

A reader added this regarding birds. She also forwarded two must visit links.

“Neuroscientists now consider birds of much higher intelligence than previously thought, especially parrots, crows and ravens.  Not their interaction with humans as many tend to think but in nature.  The alpine Kea parrot also one of my favorite creatures, with problem solving abilities that surpass even chimps.  Those damn mourning doves!  Considered a symbol of “peace” when in fact they are “bullies!!”.  They keep chasing and attacking a family of cardinals I’ve been setting seed out for. I’m watching this very moment attacking 3 crows!!  These birds even take on rabbits going after the seeds.

People often wonder if “we are alone” in our intelligence, I say….”nope, we never were”.  Patty

The Kea parrot  is the only wild animal I wouldn’t mind having as a pet. Crows steal things especially shiny objects.  I call to them.  There is a pair of Greater Sandhill cranes that come around every morning.  One is taller than me.  Here is another amazing bird.   These are wild birds!  Imagine if they were trained……! She went on to add this next link and I will say no more on the matter except it deals with mimicry and successful courtship skills. You might also wish to see my page on Oscar the Parrot. Do follow the tail even if the bottom links are somewhat squirrely.

My own Sandhill crane story was as a shocked observer near Neah Bay, WA. While roaming the beach we suddenly felt the air vibrate with the sound of a four prop bomber overhead. The sound was beyond belief and upon looking for the plane we saw a flock of a hundred or more flying directly above our heads  and migrating South. Sadly it was a camera free day. So when you do visit Neah Bay bring a camera and try to do it while the Makah Nation is having their festivals.  EDIT: This was a Southward migration in the Fall.

If you have comments or stories to add please contact me.

Please go to the link above for more animal stories. 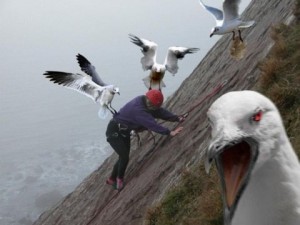