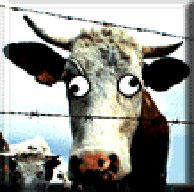 Big Red and my sad attempts to become a gentleman rancher.

I had moved to Port Angeles from Santa Cruz.CA and inherited three cows along with the ten acre property. These were cows mind you and needed to be serviced by a bull in order to produce offspring. I contacted a local who promised us a bull that would do the job.

Upon seeing the creature upon arrival, my ex-wife (L.A. gal) said to me: “Surely you’re not going to let ‘that’ breed our cows.” He was wimpy looking and perhaps a little under the weather, but I replied YES!

As it turned out she was correct. That bull never even got it up and the cows were actually mounting him to give him the hint. 1983/4 was a brutal snowy winter and the bull ate more hay than all my cows. Hint! I called the guy and told him that the deal wasn’t working out. 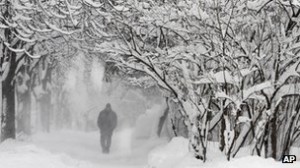 Knowing he had a sucker for having fed his wormed out sick bull, he offered to trade me three beef steers. OKAY, this sounds good. I would get rid of the sick bull and obtain three new beef cattle. That is where the story becomes funny – or perhaps not.

One steer was this beautiful Red Angus that I would call ‘Big Red.’ The other was a Holstein that was configured to be a Kentucky Derby winning race horse. Long legged, no body to speak off and an attitude from Hell. For some reason I cannot remember much about the third except that the Holstein was the alpha leader of the pack. This is where it gets interesting.

A lightning storm occurs and frightens the guys and my barb wire fence is crushed beneath a tree allowing for their escape. With the Holstein leading they follow and I would attempt to recapture them the next day.

Plans do not always work out as we expect. I found the three escapees a few miles away and knowing their submission to the alpha steer I decided to rope and hook the Holstein to my bumper. The plan was to tow him and the following cult members back home.

Sounds good, does it not! I did manage to lasso him but while tying the rope to the bumper of my truck he said NO! and took off. Sadly, my right arm was still wrapped around the rope and the bumper remained rope free. I was not.

This creature from hell, dragged me through acres of fields, rocks, manure and stumps. Finally my crotch connected to a final stump and I found a painful release. ** More on that later.

I managed to crawl back to my truck and came home to re-plan. My daughters had been holding two customers off until my return. Croaking out from my manure, bloodied body, the failed hunter told them that I was closed as of that moment.

Showered, cleaned and totally pissed off, my new strategy would utilize a three stringed bola that I created  in the shop. (Rube Goldberg would have been proud.) The unholy beast would not even know what hit him!. Amazingly it worked, the entwining of his back limbs gave me the time to recover the rope and tie it to the bumper. I was cooking and he was toast!   The other two meekly followed him home.

The butcher was called and the cattle were dispatched. Big Red, the Angus dressed out nearly to  the same amount of the other two runts. I sold the meat of the third steer and kept the two. One for pleasure, the other for taste.

I always found pleasure in announcing when we were serving Big Red instead of the Holstein. For some reason this did not sit well with the kids. Go figure. My future animal husbandry fared no better. SHEEP and medical consequences comes next and a local pig story would follow.

Always be nice to your kids, for they’ll choose your nursing home.

Skip to Sheep farming:
Beware of Pigs
Bees: and other animal misadventures