A friend give me a tobacco pouch and a native prayer line to say when I was searching for enlightenment. Somehow, I remembered the prayer being more succinct. I did take note of her caution about not posting it on-line.

Dropping the tobacco on the floor? I think I need to have a cleaner offering site than what I have at the moment. When I clean up, I will do it and not smoke or chaw on the tobacco in the meantime.

I did find a small addendum to my Druids thing. The page was lost years ago when Suite 101 deleted it before I could save it. All my articles were formatted on there server and I had no backups. They deleted it because it was anti-Christian. I quit as an editor that same day. You might have liked the parting comment I made. SO MANY YEARS AGO! 1995 or so.

Prayers to the earth may also include the other elements. As I am a fire sign I need to make friends with water, which knows a lot about moving, and on to other forms of nature that are waiting to talk.

Oftentimes, when I am feeling ‘off,’ I realize I am wanting in some Nature(al) energy.

I seek it out in rocks, or in a setting that somehow makes me come to it. All too often, people become ‘experts’ by reading books or parroting what other people explain to them – instead of doing.

“What does this alpine plant need to be happy?” One learns about alpine plants by going into an alpine wilderness and observing what that plant goes through during the day, revisiting that plant through the seasons. In Queensland, on the York Peninsula there remains an aboriginal home for a people that express the same example of the Druid’s respect for nature. They live in a land where the rainforest meets the Great Barrier Reef. There are poisonous plants and poisonous snakes in this land, yet few are bitten, because they walk that forest in wisdom and recognize the life energy of all they meet. This spiritual association comes from the very roots of their being, their history, and their 42,000 old stories.

“If you harmed someone, you compensated them directly.” This applies to the forest and all the living things that you took into yourself. You asked for their spirits permission, and gave thanks for you took.

“Aboriginal” defined in many of our minds as primitive. NOT. I would like to remind folks that in botany, aborigine Latin refers to flora and fauna indigenous to a geographical area. “Earliest inhabitants of a place – ‘origine’ from the beginning.

My Czech grandmother may not have had the long roots of these aboriginal Australians, but she and her family had been in the mountains of Czechoslovakia for hundreds of years. She happened to be the village healer, the herbalist — and this wisdom came from her knowing the forest and the spirits held within. I can only wonder what her own roots led back to. The Hyksos? Perhaps, those horse people of Asia Minor that came into Europe and Egypt in the Cretan — Minoan era. 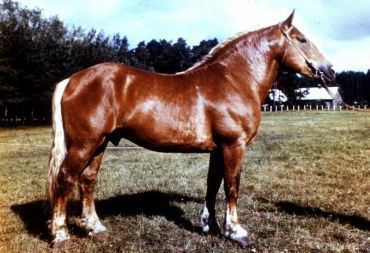 My grandfather raised horses and delivered goods; he was a Volynian German. A wandering people — coming from the Ukraine he settled into this Bohemian region. – and so began my own gypsy-like story.