I must add a mea Culpa for my German recipes. Not only did my mother cook, but my father had three favorites of his own. I have made no attempt to replicate them as they seem rather deadly or at least ghastly to me. 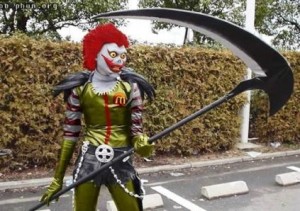 Sorta like going to McDonalds and ordering a double order of fries for dinner. Most of these German recipes used Crisco or Lard to fry. This included pancakes to Schnitzel.Thankfully few of these products are available any more. Mexican stores still sell the stuff.

That said, that old fashioned cooking probably killed of a great many Germans before their time. Salads that were the green leafy kind were unheard of. It was pickled or prepared beets, vinegary beets, cucumber or sauerkraut as the standby vegetable side dishes. Apple sauce for dessert was a given usually.

That brings me to my Dad’s spectacular contributions.

2. German kimchi (or Kimchee) of sort that involved Chives and green onions. These were vinegared and set aside for a week or two in the fridge. I think I can replicate this although I would never want to taste it again. Breath killer ultimate!
I would call it Green Onion Kim chee, German style. German Schnittlauch. This is a recipe I could probably duplicate. It uses the milder chives which Schnittlauch means. Usually used as a garnish for many meat dishes, my Dad used it differently. Though I hasten to add, he used green onion tops mostly. This dish was NOT to be shared and I was very thankful for that. Read my Kimchee recipe and  leave out the cabbage.

3. The worst I saved for last. It was some sort of Polish jellied pigs feet recipe – known variously as zimne nogi (which literally means “cold legs”), studzienina, zimne stopy (“cold feet”), galareta z nóżek (“jelly legs”) and was an old peasant attempt to make use of any part of the animal.. 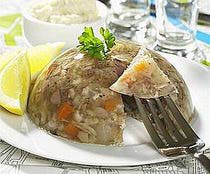 Call it nose to tail eating. My Dad sure knew how to do that. Jellied pigs feet exist in most Eastern European cuisines and in other parts of the world. I will try to edit both of the above but itt too was put into a sealed glass container and allowed to gel over a few days in the fridge. Totally YUK! – but the song tells it all.

STOP A THIS POINT – IT GETS MUCH MUCH WORSE!

I must add that at that time in Vancouver we were dirt poor and some of the fish soups we had barely had a skeleton floating in it. Meat of any form was in short supply. My father was also a fairly brutal man and not eating anything put on the table was verboten. I do however remember one exception. I had come home from school and found the closed cook pot simmering. Always curious, I took the top off and found that it contained a BRAIN! – blood oozing between the lobes. 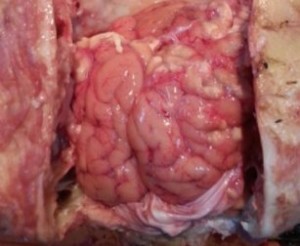 When my father came home I tearfully told him that he could beat me now, but I was NOT going to eat what was being prepared. He took one look and agreed. I forget if we ate Speck sandwiches or what. My mother got to devour the simmered cow brain. Brain fritters anyone? In Mexico they still use brains or sesos tacos. Sesos is brains in Spanish.

Brains as described earlier used to be a delicacy but sadly risky due to BSE. This was the food of our peasant ancestors when every bit of the animal carcase was used. They were left with the ‘grotty bits’ and had to improvise and make do while the prime cuts of meat were sold at the market to the rich. If you have the guts visit this site, It will explain my horror!

I must follow up with a postscript that begins with my being very cuisine tolerant. This began on a Scout survival hike where I found and devoured whatever was available. Snakes, bugs, worms – whatever. The other troopers drank their bouillon cube tea. Later I would eat crow and would butcher my chickens and livestock although my ex-wife wouldn’t even begin to pluck much less to gut them. The black flesh of the bantam Silkies near made her throw up.

Now the story turns south. While in High School I was invited to a special Korean dinner, as was my McDonald imbibing fellow friend – Lamar. The snack of honor was served to all. ‘Pickled ducks feet.‘ One was supposed to gnaw off the pickled membranes between the bones. I declined and was so embarrassed that I partook double rations of the rice dish. Little was I to know that  the rice was laced with fish eyes. I gobbled it down. 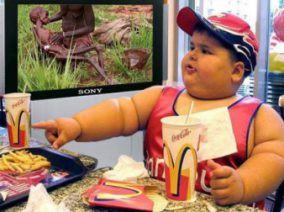 Lamar ate EVERYTHING!  I was so amazed. Then again, here is a picture of him at an earlier time. He so loved McDonald’s
(Visited 71 times, 1 visits today)