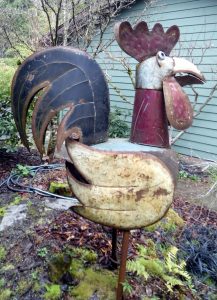 Chickens can be endearing and like dogs and cats each has its own distinct personality, so let this be an invite to be creative and give us Chickenholics a chance to have a little fun.

Some will be named after Pop stars, be it singers  or actors, some are real showgirls so we would have to match the … ‘Cher, Betty White, Dolly Parton, Lady Gaga Hallie Berry and so forth with your best matching chicken breed. 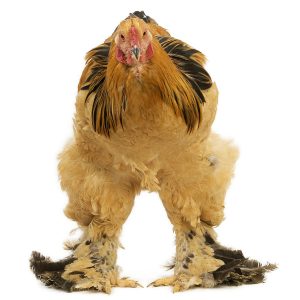 Cher  ??
Betty White and Snow White ‘A white Leghorn’
Dolly Parton – Dolly Brahma
Blondie
Goldie Hen (Hahn)
Elvira Mistress of the Scratch
Oprah Henfree
Princess LaYa – she had all the males running around, certainly no rooster.
Pullet with the Mullet – Good name for ??? 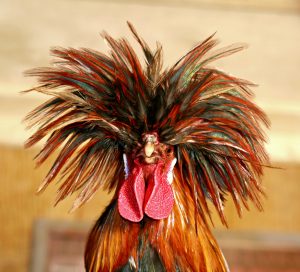 Roosters could be named after any of the sex crazed maniacs of Hollywood (Bill Cosby etc.) or if you can’t stomach calling them after such you might consider …
Colonel Sanders for one –
Arnold SchwarzenEGGER would be a
Jersey Giant, Langshan or any large rooster that needs some big girls since the normal sized ones run from him when they see him coming with that “look” in his eye… 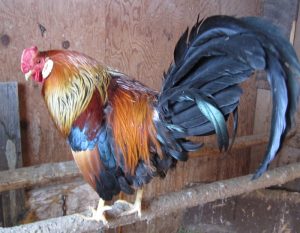 My Easter Egger was so named.
Elvis – if you have one that struts his stuff like only Elvis could.

Near called one Liberaci as he was so gaudi but then thought better of it. SAMSON and Delia – and her like.
Do you have ones that seemingly disappear and pop up unexpectedly.David Copperfield or Houdini
Darth Vader  Minorca rooster
Lewis and Cluck for the exploratory Rooster.

Politicians and the ‘Royals’ would have their naming’s as well. 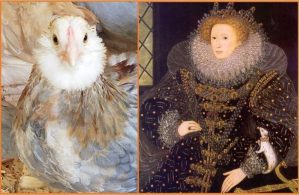 Trump would be a cocky Buff Orpington for sure. He certainly has the Tyrannosaurus Peck genes in him. Or he could be Sir Clucks a lot. 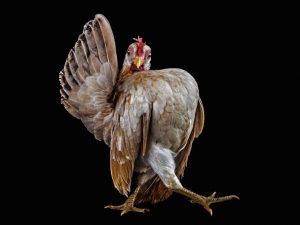 No honorable mention for Rhode Island reds- Dumb and Dumber

You might even opt to name them after your relatives. that cracks me up, personally.  Esp. if your relatives were like Morticia, Wednesday Adams or Lurch of the Adams family. The Beverly Hillbillies would add the Clampett’s, Granny, Jed and Ellie May of course.